As house prices escalate rapidly around the country, Kawerau saw them more than double, the biggest nationwide increase over the decade. Alex Braae goes to the Bay of Plenty town to find out what impact it is having on renters.

The headline figure was stark. Data from realestate.co.nz showed that over the last decade, Kawerau’s property prices had gone up 132% – the highest increase out of any district in the country.

Kawerau only exists because of a pulp and paper mill, founded in the 50s to service the forestry in the area. Driving into town from the north, the factory still dominates the side of the road, steam billowing out above massive piles of unprocessed logs.

The town’s fortunes have always been inextricably linked to that of the mill, and when the workforce grew in the 70s, the town did too. But industrial decline in the 80s led to mass redundancies, hollowing Kawerau out and contributing to some of the social problems that persist today. Many around the town thought there was a real chance it could die altogether, especially if the mill closed.

As a result, house prices here came from a very low base, and the town still has the lowest average prices in the Bay of Plenty region. There are a few factors that explain the jump. The population is growing again – from bottoming out at about 4000 during the worst years, it is now back up to about 7000. And it comes at a time when property prices around the country are escalating dramatically.

There has also been a change in the nature of buyers. When once it was largely absentee landlords and investors, the town has now become a destination for retirees, who have been able to cash up their houses in Auckland and Tauranga and settle down with a comfortable nest egg. But because of that, Kawerau now has a severe shortage of housing, with the lower end of the market being hit hardest.

Social support organisation Tūwharetoa ki Kawerau Hauora sits right in the centre of town, next to the police station and across from the main shopping centre. The organisation has flags up in several other spots, with its prominence reflecting how important it is in the lives of the 4000 people it sees each year. 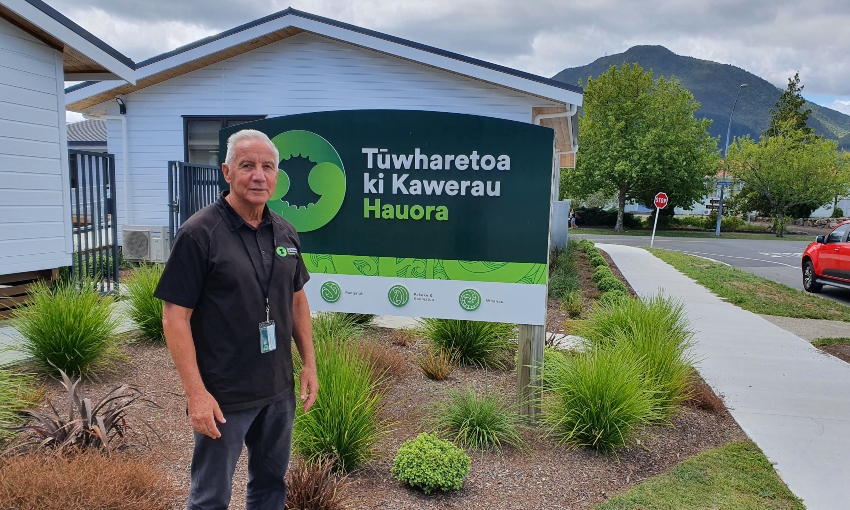 In an interview surrounded by some of his team, CEO Chris Marjoribanks outlined how for many clients life was only getting harder each year. He said emergency housing capacity is now at its limits, meaning some are now being forced to leave the town, and live away from whānau support.

Those that stay typically face serious overcrowding, with several families typically living under the same roof. For most of the people a year Tūwharetoa ki Kawerau sees every year, home ownership isn’t even on their radar, rather “a house for an individual family is the dream,” said Marjoribanks. The average income of the town is under $30,000 a year, so saving up a deposit becomes impossible.

Even accounting for overcrowding, some of the town’s rental stock isn’t up to standard, which creates social and health problems of its own. They’ve also seen anecdotal evidence of illegal rent rises being forced on tenants. But many tenants – aware of the power imbalance against them in the market – are scared to complain. “They’re not going to challenge the landlord under threat of being kicked out,” said Marjoribanks.

Debbie Henton, the coordinator of the local Kawerau Budget Service, said what she had seen was indicative of rent increases. An analysis of what 10 clients were paying showed that between 2015 and 2020, the average rent increase was 32%. That’s much faster than wage growth, let alone the small increases in money made available to beneficiaries in that time.

“It used to be that you had a choice, you’d think I can’t afford that, and you wouldn’t go into it. But those choices just aren’t there now,” said Henton. In one extreme case, she saw someone on an income of $390 paying $350 a week in rent. The squeeze can quickly become intense, and results in impossible choices. “So then you get people feeling pressured to take on credit straight away because usually the only variable left is money for groceries. That’s the last thing that’s flexible, so people are living on noodles. That’s the reality,” said Henton.

“So then they come here, and become regulars on our food parcel system, which is supposed to be temporary support while they’re working things out.” She said one move that would change people’s circumstances would be raising the accommodation supplement, to reflect the increased cost of renting.

One significant advantage Kawerau has as a town is people who are willing to help each other out. “It’s a great community as far as voluntary support goes, there’s heaps of that,” said Henton. “There’s a lot of retirees here that just want to give back.”

Chris Reynolds has been in Kawerau for about 40 years, after arriving to do an early form of IT at the mill. After being made redundant, he stuck around, and ended up doing similar work for the Council. His wife has worked various jobs, and been involved with the church and charity shop. They’re now semi-retired, and deeply embedded in the community. He’s a great admirer of the beautifying murals painted all over the town in recent years, pointing out the bits of history they represented on a drive through the streets.

The Reynolds now own three houses in the town – the one that they live in, and the house on each side. Both neighbouring houses are tenanted. One houses nurses at the local retirement home. “We charged about market rent at the time, but we haven’t really bothered to put it up that much, just slightly since then, and same with the other house. But essentially their income hasn’t gone up.”

“So they can’t afford to pay [more], and they’re more than covering the costs of the houses, and we got this huge bonus when the last valuations came out,” said Reynolds. He said he’d heard of other landlords moving to increase rents in line with new valuations.

The first neighbouring house he bought was for about $50k in the early 90s. The other house was purchased for about $95k five years ago, and would now be worth about $300k, said Reynolds. “It’s about what I’ve earned from the Council, working for 13 years and paying tax. But it’s bloody tax free, and I think that’s wrong, but that’s a separate issue.”

For Chris Reynolds, one of the biggest factor pushing up house prices is the town’s population growing again, coupled with the damage done over a long period of economic stagnation. He estimates that over at least a decade around the turn of the century, not a single new house was built. Some were even taken away for relocation. 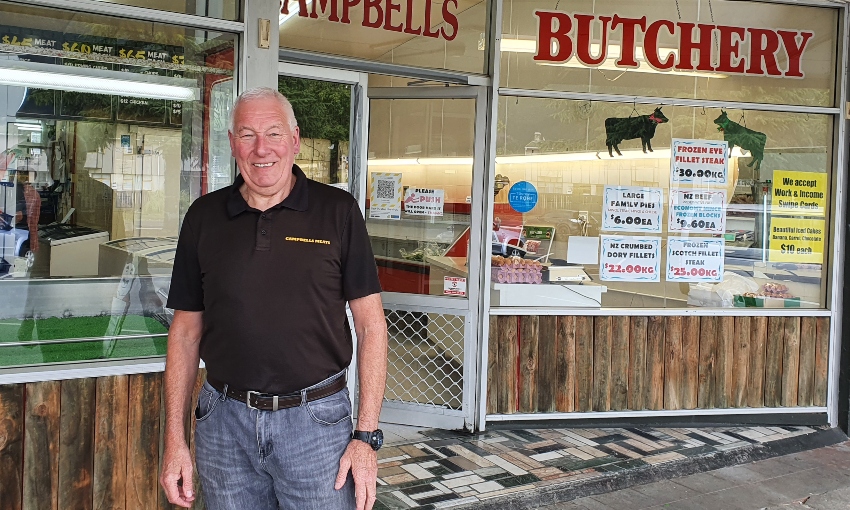 One of the flashest storefronts in town is the local real estate agency, with windows packed with listings. They currently tend to be in the range of $3-400k, some advertised at first home buyers and investors, others described as “do-ups”. A few doors down is the office of Kawerau’s long-serving mayor Malcolm Campbell, a butcher who owns Campbell’s Quality Meats.

Speaking at his shop, he said the rise in prices was something to be celebrated, as it was a good measure of the town’s fortunes turning around. “House prices were so ridiculously low, there was only one way they could go – they couldn’t go any less. You could buy a house for less than you’d pay for a small car shed, it was just crazy.”

The change in ownership patterns has also benefited the town, he said. “When we had 47% [of housing stock] rentals, it was a very dangerous situation. A lot of people, landlords, never reinvested or poured money back into their rentals, they just took the money they could, and that was it.” Now owners were much more likely to make improvements to the houses, increasing the quality of the stock.

He also decried previous patterns of the ministry for social development using Kawerau as a “dumping ground” for people without strong connections to the town. “And I’m saying to social welfare, don’t dump them here unless they’ve got somewhere to go.”

Campbell said the controversial description of Kawerau as one of New Zealand’s ‘zombie-towns’ focused the minds of many, and forced the council to look more closely at economic development – work which is now starting to pay off. He also sees further room for house prices to increase, given the relative costs in the rest of the country.

Pockets of new housing are currently being developed, some of which is aimed at the retiree market. There are also efforts underway to reclassify the former football fields at Stoneham Park so that they can be developed in future. “You’ve got to start building houses, and rentals are expensive wherever you go.”

And as far as problems to have, Campbell said high house prices are a big improvement on what Kawerau used to experience. “I know what it’s like to be at the bottom end of the pile, and it’s much nicer to have growing pains than dying pains.”