New Zealand’s wine industry built its name on sav, but we’ve been putting all our eggs in one basket for too long, writes Jules van Costello.

I like to think of sauvignon blanc as the IPA of wine. It’s brash, bombastic and a little bit basic (in a good way). Like IPA, its tropical aromas of guava, passionfruit, lemongrass and a little bit of sweat jump forth from the glass. In the words of wine educator Oz Clark: “There had never before been a wine that crackled and spat its flavours at you from the glass”. It should not be surprising that some of the flavours in savvies and IPAs are the same – New Zealand’s most acclaimed hop variety, Nelson Sauvin, is named for its olfactory similarity to Marlborough sauvignon blanc.

Savvy is easy to understand and even easier to like. In the world of wine, which has a tendency to disempower consumers by letting so-called “experts” hoard knowledge, this is unequivocally a good thing.

Sauvignon blanc put New Zealand on the map. It is the foundation on which the entire export side of our wine industry has been built. But sadly, there can be too much of a good thing. While writing my new book, Beyond the Vines: The Changing Landscape of New Zealand Wine, I’ve had to wrestle with the fact that while sauvignon blanc is amazing, the New Zealand wine industry has too many eggs in one basket. It represents 63% of New Zealand’s area under vine, 74% of our wine production and a whopping 88% of our exports by volume, meaning for every dozen bottles of wine we export, over 10 of those are sauvignon blanc.

In August 2020, New Zealand Winegrowers released their annual report which stated that, despite six months of Covid-19 affecting sales, we’d actually exported more wine than ever before. Big grocery brands have done incredibly well but many smaller producers are feeling the pinch. The smaller the producer, the more likely they are to be selling wine in restaurants, which is hard when restaurants are shut or diners are too scared to go out. Secondary lockdowns in Melbourne, London and even in Auckland,  as well as the huge mishandling of Covid in our biggest markets – the USA and UK – have had profoundly negative effects for many Kiwi producers.

New Zealand, the forward-thinking upstart that it is, committed to free trade in the mid-1980s. We are an export economy and from my position, this has generally helped us do business. However, one of the consequences of this is that no industry is too big to fail. Our producers, unlike those in Europe, for instance, cannot rely on government intervention to keep them afloat if the arse drops out of the market. 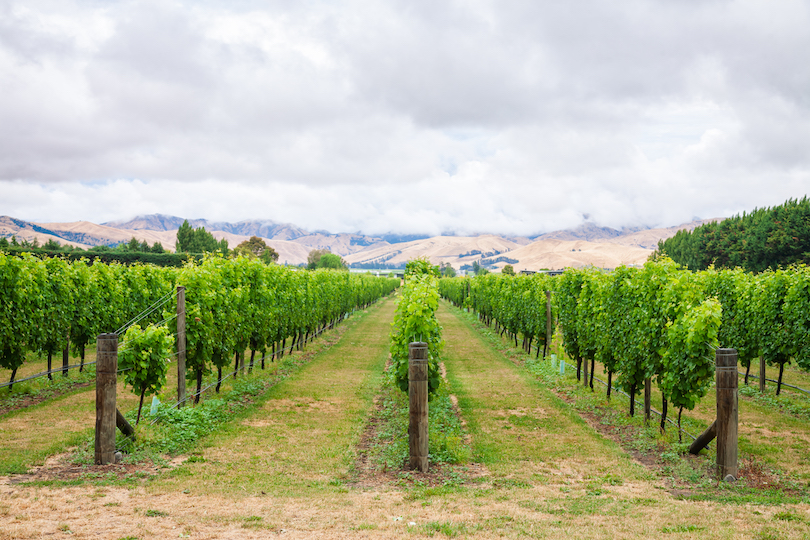 Sauvignon blanc represents 63% of New Zealand’s area under vine, 74% of our wine production and a whopping 88% of our exports by volume (Photo: Getty Images)

Sauvignon blanc is popular now across the globe, but what happens when the bubble bursts? We could face a quick trend shift à la Sideways that saw merlot’s demise, or even a sudden global event change how the wine world works overnight. Most of the players who are making big bucks on industrial sauvignon blanc will not care. They will move onto something else. The growers and the wineries will be hurting. The wine world is a slow-moving beast, but it is also a fickle one. At this stage, New Zealand does not have an exit strategy.

Savvy is important – we can make relatively high-quality juice relatively cheaply. This is what got us into this problem in the first place. But we can also make world-class wine all over New Zealand. We need to champion more serious styles of sauvignon blanc, which we excel at.

We also need to diversify, and quickly. Despite having over 55 commercial varieties being grown, land devoted to most varieties has been dwindling (all but sauvignon blanc, of course, pinot noir, pinot gris and syrah).

I myself am heavily invested in the natural and lo-fi wine game with my businesses Cult Wine and Te Aro Wine but, strangely enough, I do not think this is the saviour of the industry, nor is making more and more serious wine. We need to find something we can make relatively cheaply, well, and for which there is international demand.

I believe light red wines are part of the answer to the problem of the sav bubble – Montepulciano from Italy, St Lauren from Austria and gamay are all contenders. In Australia, these light reds have taken off domestically and are making waves internationally. Like sav, we can make affordable pinot relatively well so there is no reason why we cannot apply these skills to grape varieties that are a little easier to grow. I happen to like drinking light reds but this is one solution that should also suit consumers in Australia, USA and the growing Chinese market.

We also need to experiment, throw grapes at the wall to see what sticks. The bubble will pop. We need to be ready.