When Pete Bethune was bitten by a venomous snake in the Costa Rican jungle a couple of weeks ago, it was far from his first brush with death. Here the Kiwi conservationist’s daughter, Danielle Bethune, reflects on what she’s learnt from her unconventional father.

“You haven’t lived until you have found a cause worth dying for,” said my dad Pete Bethune in 2017.

A couple of weeks ago, this assertion erred scarily close to becoming a prophecy, after he was bitten by the deadly fer-de-lance snake while patrolling jungle in Costa Rica. The snake is the most dangerous in Central and South America, responsible for more deaths than any other reptile on the continent. (My dad is not one to do things by halves.)

Since then, he has made a miraculous recovery, now out of hospital. While he has some continuing health problems, including an extended bladder and tissue damage in the leg that was bitten, we are all just grateful he’s alive. Considering his brush with death, I thought it was timely to reflect on what my extreme conservationist father has taught me. Danielle as a baby with Pete (Photo: Supplied)

Value your time with loved ones

When I heard the news of my dad’s snake bite, I was making the most of my summer break, sunning myself at a Whangaparāoa beach. While I imagine most people would enter a state of panic hearing that their healthy father’s life was suddenly on a knife’s edge, I instead experienced a sinking feeling of deja-vu.

You see, my dad’s mortality is constantly at the front of my mind. His work fighting for the world’s wildlife has seen him battling for his own life on numerous occasions, including coming under gunfire from illegal gold miners, being lost at sea, and stabbed in the chest. Every time I say goodbye to him, I’m conscious that it may be the last. This awareness of the precariousness of life has helped me to truly value my time spent with not just him, but everyone I love. 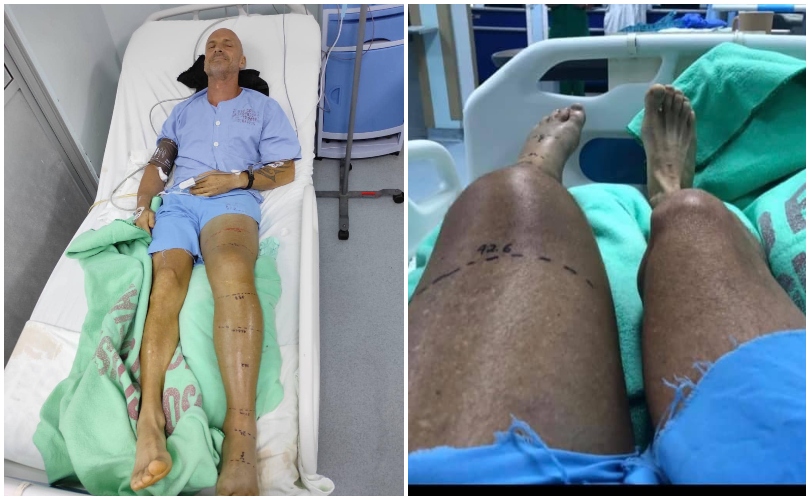 Fulfilling your purpose is a privilege

My dad is the poster child for living a life with purpose. For him, feeling like you’re making the world a fractionally better place is what makes life worth living. This has seen him save the lives of thousands of whales, close multiple illegal wildlife smuggling rings and help bring numerous environmental criminals to justice.

A byproduct of this is that he has been largely physically absent from my life since I was a child. While we Facetime regularly and I’ve had the opportunity to visit him in some exotic locations, when you devote your entire life to a cause, there’s not a lot of room for much else.

However, I would never ask my dad to come back and lead a “normal life”, which would only result in him feeling trapped inside a gilded cage. Believing you are utterly and unequivocally fulfilling your purpose is a privilege few get to experience. If anyone gets the opportunity to do so, they should grab it with both hands.

It’s OK to go against the grain

I have become used to people judging my dad’s eccentric way of life, however this was not always the case. I learned the hard way that comment sections of news articles are best to be avoided, with many people describing him as “mad” and dubbing him “Captain Buffoon”.

I remember “friends” in high school smirking as they asked, “Does your dad still not have a house or a car?” I shamefully replied that no, he was staying with a friend and preferred to hitchhike. I wished that he had a nine-to-five job, the latest SUV, and a house on the Shore like theirs did.

Humans are hardwired to punish those who deviate from the norm, so it is unsurprising that my dad’s unconventional lifestyle has provoked negative reactions. However, I’ve gradually learned that there are many ways to live a decent life. How does judging him for doing things a little differently really benefit anyone? Many of his actions that have been deemed “mad” have contributed to the sustainability of ecosystems, doing a damn sight more for the planet than many of his critics ever will.

Accept people as they are

I certainly don’t agree with everything that my dad says or does. I cringed when he declared to the world on a Facebook Live update that as a result of his snakebite, his balls were now “black, soft and mushy”. When my dad did a presentation at my work, I watched on in horror as he used a personal Tinder date story to make a point.

While I would prefer him to have more of a filter, I long ago accepted him for who he is in all his rugged authenticity. Getting worked up and reprimanding people for every little thing they say or do that you disagree with will just result in you both feeling frustrated and exhausted.

Given that my dad appears to have more lives than a cat (although the snake may have claimed a couple!), I’m looking forward to all the lessons he is yet to teach me.