Currently, investors are essentially subsidised to outbid homebuyers. Instead, why not give homebuyers a tax cut and make the speculators pay?

Have you ever wanted to throw a party but worried no one would come? My wife and I thought of having a party this year to celebrate paying off our mortgage but quickly realised it wouldn’t be fun for our friends – most of whom have mortgages well north of $500,000, or haven’t made it on to the property ladder at all.

It made me reflect on how it now takes privilege and, in our case, loss to experience what was, until recently, a typical Kiwi home-owning story. It was the privilege of education and opportunity, and being able to live rent-free with family, that allowed us to buy relatively young, before house prices exploded. It was deaths of affluent family members that led to inheritances that allowed us to pay off the mortgage early.

Luck is no basis for a just and equitable system. Yet the luck to have been born into a family that will give you opportunities and financial help has become a prerequisite to own your own home in New Zealand. And with house prices exploding due to record low interest rates and loose lending, that is only becoming more true.

I’ve got an idea for how to fix it.

Grant Robertson has said the government will look at new measures it could take on the demand side – ie discouraging investors and speculators – while not going back on the election commitments Labour made ruling out things like capital gains tax, wealth tax and a land tax.

Extending the bright line test further is no good. It runs into diminishing returns and the justification that it’s to stop people flipping homes gets more and more tenuous the longer you extend it.

Broadening the first home grant won’t help. It costs quite a lot of money per family it’s helping, and it’s ultimately adding net demand to the market, pouring more petrol on the fire, which will increase prices. 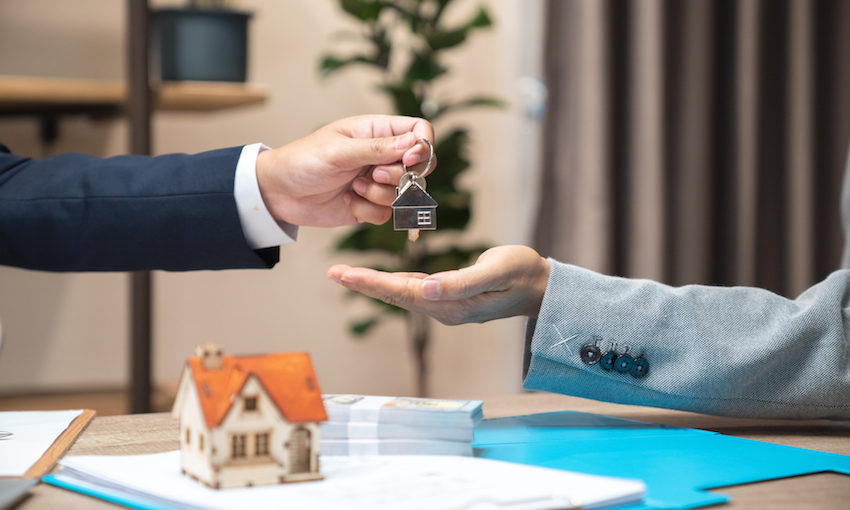 OK, so what options does that leave? More than you might think.

First, the Reserve Bank must reinstate the LVRs on investors. Now, not in March. It’s a no-brainer. The rules shouldn’t have been relaxed in the first place.

On the supply side, what if we target the landbankers and ghost landlords? For starters, change the Local Government Act so councils can only rate on the land value of a property, not the value of buildings and other improvements. That would make holding empty or under-developed land much more expensive and remove the tax penalty for developers. Less landbanked means lower land prices.

Residential plots and houses that sit empty for a year (determined by power/water/data use and inspection) could be made subject to penalty rates unless the owner has an excuse, like redevelopment. That would push landlords to rent out their properties and landbankers to build.

What about a non-monetary measure? Requiring landlords – the people who own the property, not just the property managers – to be licensed. To get the licence, they would have to pass a test showing they understand the rules and rights of tenants. The licence could be revoked if they break the rules, giving an effective sanction on bad landlords.

Ultimately, professionalise being a landlord and get the “hobby” landlords out of the market, which would, in turn, reduce their demand for houses. Treat rentals like any other business where the customer comes first, rather than a capital return-making scheme with annoying tenants to deal with.

OK, but what if we really want to get serious: what if we wanted to break the business model of large-scale speculators altogether while not hurting the politically important “mum and dad” investors too much, and actually helping homebuyers.

Turns out we can, and it needn’t cost the government a cent.

Currently, an investor can claim all the interest they pay on a rental’s mortgage as a tax deduction. Those deductions cost the government around a billion dollars a year at current interest rates and it essentially subsidises investors to outbid homebuyers.

A homebuyer can’t deduct their mortgage interest. So, while a homebuyer might have a mortgage interest rate of 3%, after the deduction, it’s only 2% for the investor. This means an investor can afford to pay more for a given house because their net mortgage payments are lower.

So, what if we take that billion dollars and spread it evenly among everyone with a mortgage? Every household with a mortgage could claim up to $3,000 in mortgage interest as a tax deduction. In other words, they get $1,000 back from the government.

For first homebuyers, it’s a nice little leg up – $20 a week off your mortgage. For mum and dad investors, it’s a thousand or two less than they currently deduct – not the end of the world. For large-scale speculators – it’s the end of their business model.

The idea for this came to me when I was reading about a speculator with 50 houses and tens of millions in mortgages. I estimated he was getting something like half a million dollars a year in subsidy from the government to fund this speculative empire, while hoovering up homes that first homebuyers would love to buy and making them his tenants instead. Large-scale speculators like this guy make up less than 1% of the population but own one in six houses. I would dearly love to see him and his ilk stopped – and losing that half a million a year in subsidy would do the trick.

Now, some will point out that any business can deduct its interest costs, but buying a house is not just any other business. It is directly competing with homebuyers for a limited pool – outbidding them and forcing them to remain renters.

This homebuyers’ tax cut would help homebuyers directly but, more importantly, force large-scale speculators out of the market, easing the upward pressure on prices. And it doesn’t cost a cent to the taxpayer or pour more money into the housing market – it’s just taking from that small number of large speculators and spreading the cash around homebuyers instead.

You would have to have exemptions for large-scale public housing suppliers and you would want to let build-to-rent developers, who are increasing supply, keep the full deduction for, say 10 years, but the key thing is, it has broken the large-scale speculation model.

We can make homeownership a normal reality for families again. We can stop it becoming the reserve of those who are fortunate enough to be able to inherit money and opportunity from their families. To do that, we need to stop subsidising large-scale speculators.

Clint Smith is a former ministerial adviser to the minister of housing and urban development and former adviser to the Labour and Green parties. He now runs Victor Strategy and Communications.