Great news New Zealand – the best time to buy a house was 20 years ago. A recent report found that if you bought property in 2000, you’ll have experienced the best growth percentage-wise over a seven-year period. Congratulations, especially as some of us could barely be trusted to buy a pair of Glassons low-rise wide-leg trousers in the year 2000, let alone make the biggest financial commitment of our lives. It’s a shame – those pants would have yielded a fantastic year-on-year return.

Finding out you should have done something two decades ago is always fun, but what was the housing market really like at the turn of the millennium? It might have been the “best” time to buy, but how easy was it to grab a slice of the property pie? An ancient television gem gives us some clues. Location Location Location was a 1999 Documentary NZ series that followed a group of Aucklanders as they bought and sold property, and introduced us to “million dollar man” sales agent Michael Boulgaris. The two-part series evolved into a popular half-hour show that ran on TV1 until 2010, with Boulgaris taking a starring role, long before Kirstie and Phil rocked up to claim the show title as their own.

Broadcaster and housing oracle Mike Hosking introduces both episodes of Location Location Location, because in 1999 we enjoyed a tasty entree before our documentary main. Hosking begins by telling us that owning a home is a sign of success. It’s part of our collective psyche, he says. 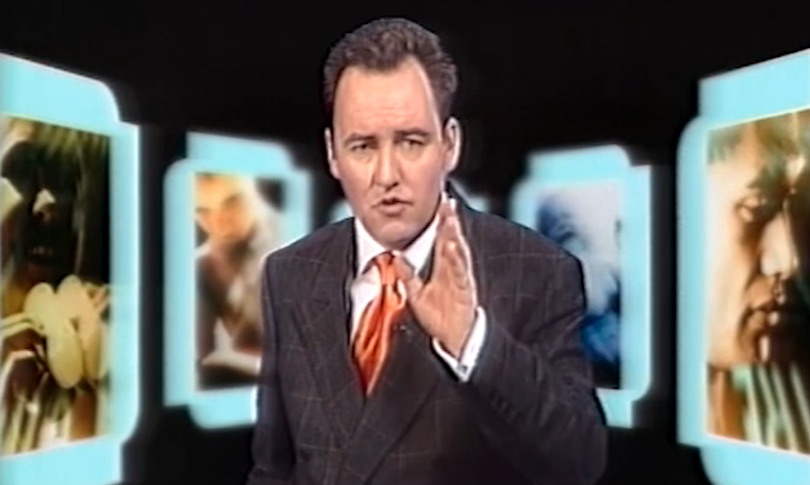 “Seventy-five percent of us own the home we live in,” Hosking says, before comparing us with poor old Switzerland, where only 30% of those chocolate-loving losers own their own homes. Home ownership is seen as a luxury there, Mike says – yet another reminder that Europe will never be as cool and progressive as we are. Before we all disappear through a portal into the past, here’s some more cold, hard, Hosko-inspired facts for context. Interest rates rose to over 8% in 1999, while the weekly median wage and salary income was $518, compared to $1,320 in 2020. That’s a rise of 155%, well outpaced by the increase in median house prices in Auckland during the same period.

“It’s ugly out there,” 2020 Hosking said in a recent housing market opinion piece. “So ugly it’s almost worth giving up and going home to wherever you already live and staying put.” But also, whatever the market does is fine by our Mike, who might well spend his free time calculating his best growth percentage-wise over a seven-year period. “Property is its own reward that brings happiness, shelter and returns. You either embrace and enjoy it, or freak out and miss out.”

People were freaking out in 1999, as Location Location Location follows the journey of Aucklanders buying and selling in the city’s stagnant housing market. Houses take months, sometimes years, to sell. Agents pull out all the tricks to get a sale, like hiring a string quartet to play at auction. There’s an abundance of homes for sale under $180,000, while a million-dollar historic Arts and Crafts villa (a “bow-teek mansion”, as Boulgaris calls it) struggles to reach $716,000 at auction. 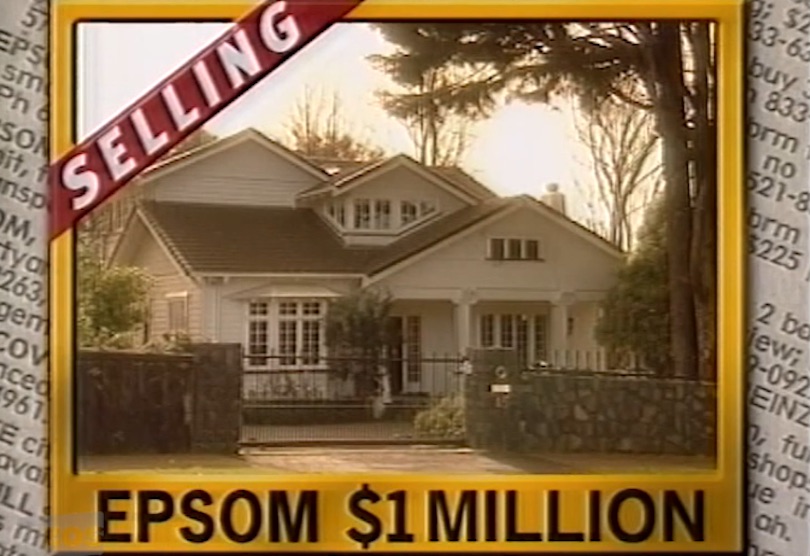 The documentary captures every emotion that drives these life-altering decisions. We see the joy of Will and Luca as they buy their first family home, having finally secured the finance that lets them move out of their parents’ sleep-out. At the other end of the market are investors Dave and Di, who risk losing their 30 rental properties if they can’t sell their million-dollar Epsom home. Then there’s Susie, who reckons she could buy an apartment in Manhattan with the $400,000 she’s being asked to pay in Auckland.

There are also desperate retirees June and Bob, whose property has been on the market for 15 months. They left Milford because June dreamed of a new house with new amenities, but Bob plays golf all weekend and June is left with only her amenities for company. June cries, worn down by the stress of keeping her home tidy for 52 weekends in a row. She wants more than just a house. “My heart belongs to Milford,” she weeps.

June was “freaking out”, as Hosking would put it, and who could blame her? Buying and selling houses proves to be so stressful that by the end of episode two, investor Di has flipped her views on the real estate business. Ill health forces her to reevaluate her priorities, and there’ll be no more talk of seven-year percentage growth for her. She wants a home to give her security and happiness. “All the mansions in Remuera? You can stick it,” she says.

“There’s little in life more dramatic, traumatic, nerve-racking, exciting and downright tiring than being involved in getting your own piece of your very own property,” Hosking told us in 1999. The words still ring true in 2020, even if it now takes 8.5 years to save for a deposit. Let’s not freak out, but if you were canny enough to buy your house in 2000, then fortune dealt you a fine hand.